I was invited by the White Rose steampunks Facebook group to meet them at the Dickensian Festival in Grassington today. It’s quite a drive from my home in Sheffield and my route finder took me on a peculiar journey. At first, I traversed the same roads as when I was on my way to Haworth including driving by the hotel I stayed at!

Grassington is host to the Dickensian Festival for the three Saturdays on the run up to Christmas, which proves just how popular it is. It’s very well organised and the entire town is closed down to car access. To visit by car, you must park in a quarry outside the town and there’s a Park & Ride available.

Once in the town, the narrow streets are blockaded by barriers and Police officers. I met with Michael Young – founder of the White Rose steampunks – and we searched out the rest of the attendees together.

The Festival was very busy lots of entertainment to keep the visitors happy including a brass band, Punch & Judy show, a performance of A Christmas Carol and some lovely singing.

We strolled around the stalls, watched the events, chatted to people and had photographs taken – as well as taking pictures.

What I was most impressed with is the sheer popularity of it. Grassington is seemingly quite out of the way but people will travel a long way to visit. The Park & Ride had a steady stream of cars going in and there were also a lot of people walking in. The Market Square was a throng of activity with stalls, a stage where the brass band was playing, people dressed up as Victorian and Dickensian characters strolled the streets and charcoal fires burned on corners to warm our cold fingers.

I managed to purchase a rabbit pie. I’ve never had rabbit before, so it was interesting to try it. I also treated myself to some sweets from Chocolace and then found a stall with arguably the most expensive fudge in the world.

The most entertaining parts for me were the presence of a Punch & Judy stand, the wonderful Victorian Police Officers uniforms and the small boy charging 15p for insults. The proceeds for being insulted were all for charity and we were treated to a grand display as the Victorian Police grabbed the child and carted him off for breaking the law.

The Festival has ended for this year, but I recommend visiting next year if you have the opportunity. 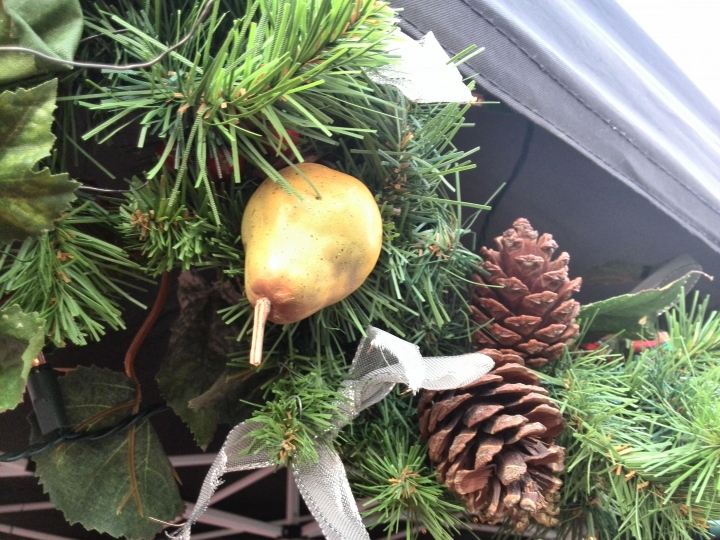 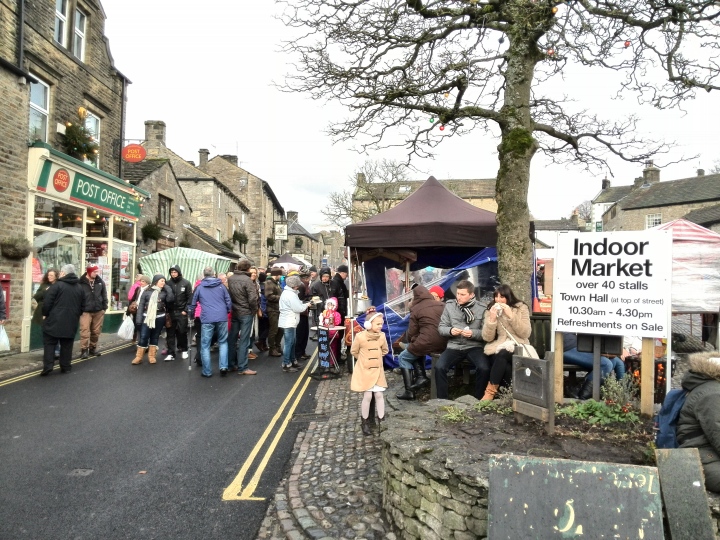 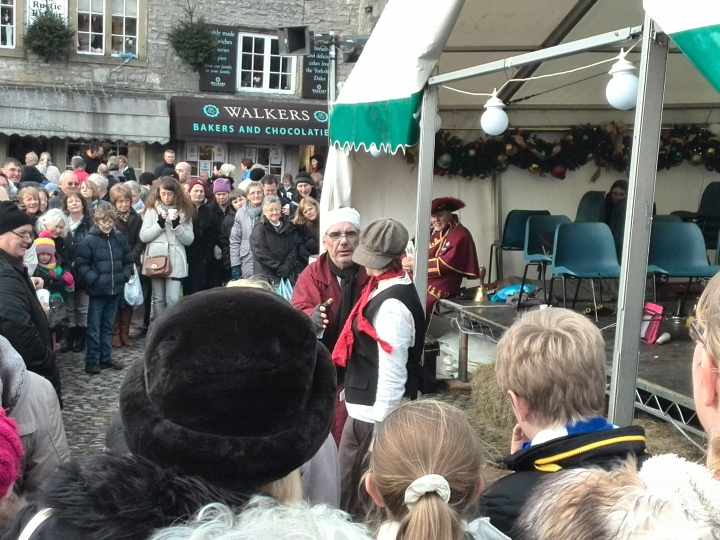 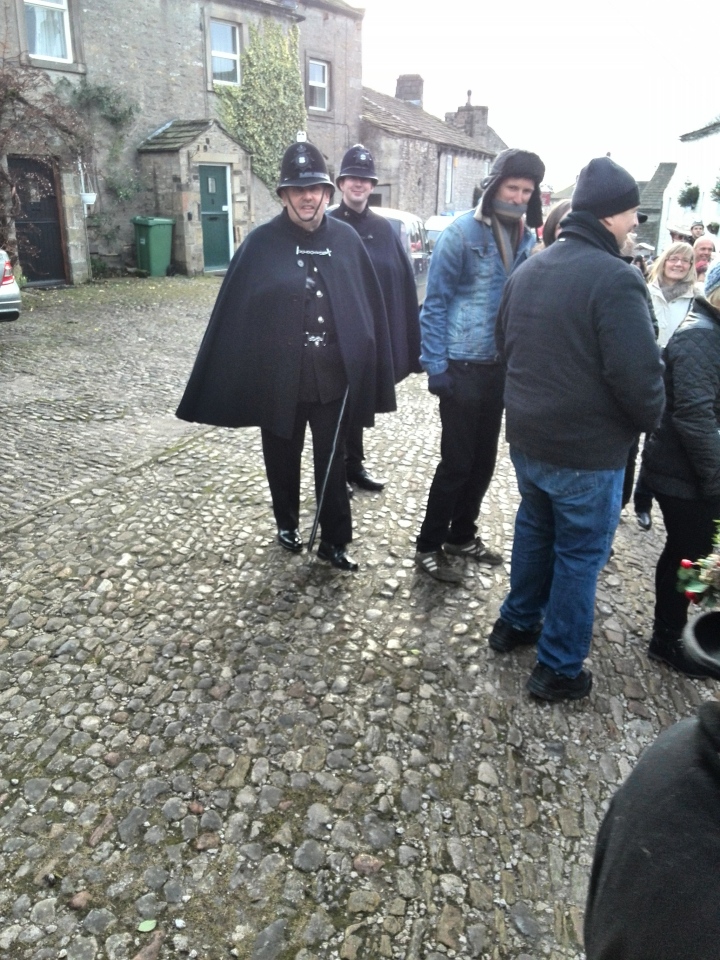 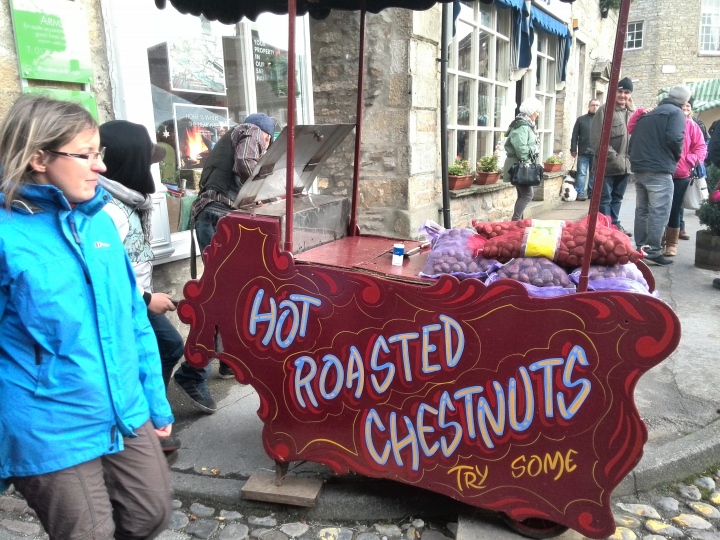 One thought on “Grassington Dickensian Festival 2013”