I always say that if there’s one thing the British are good at; it’s charging the British. Therefore, the cost of tickets – £8 for the day – I thought was surprisingly reasonable.

Entrance to the main trading floor was via the mezzanine which was temporary home to the various celebrities that were visiting the event. Famous types I noticed (and recognised) included Dr Who hero Sylvester McCoy, one time Dr Who and McCoy replacement Paul McGann, Doctor assistant Bonnie Langford (made me want to “thcream until I was thick”). The highlight was A-Team and Battlestar Galactica legend Dirk Benedict.

The sales floor was rammed with vendors. I found the aisles to be a little too close together. There were three stalls with noticeable steampunk attire being sold including Jacklyn Hyde – notable steampunk leather worker. She had a marvellous array of work from tea and saucer holsters to purses and shoulder armour.

Comicons could be thought of as an unusual place to find steampunk vendors but we do deal with science fiction so there’s no reason why not. As I walked near the steampunk stalls I did hear a few excited comments such as “Yes! Steampunk!” and “There’s a steampunk stall!” It seems popular among other cultures and interest groups too.

If you get the chance to visit a Comicon then you must do so. There are some wonderful costumes and the occasional celebrity. 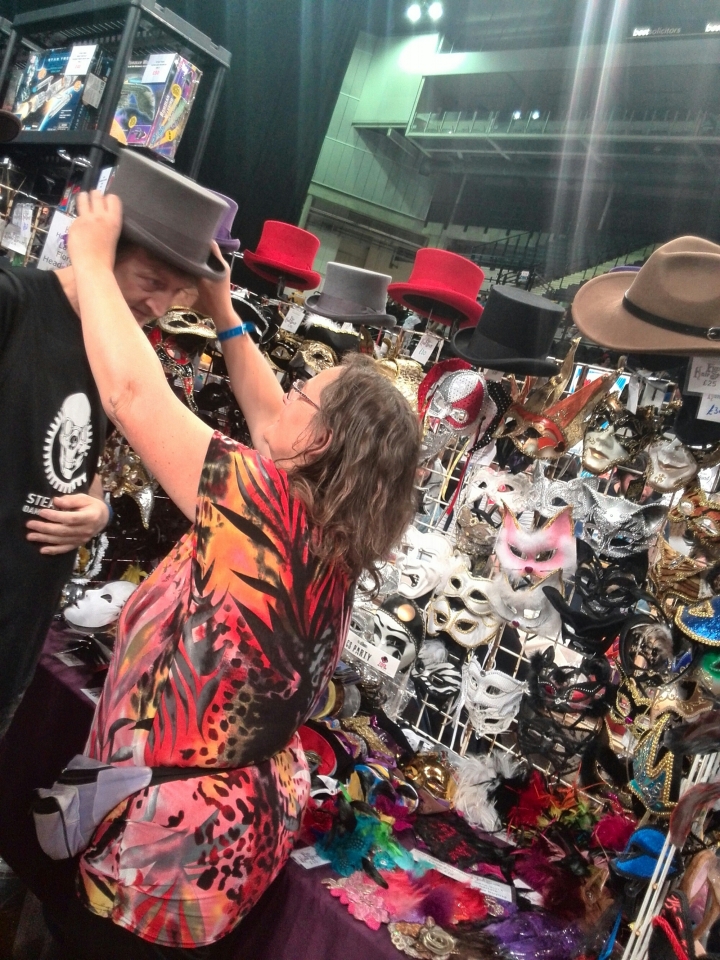