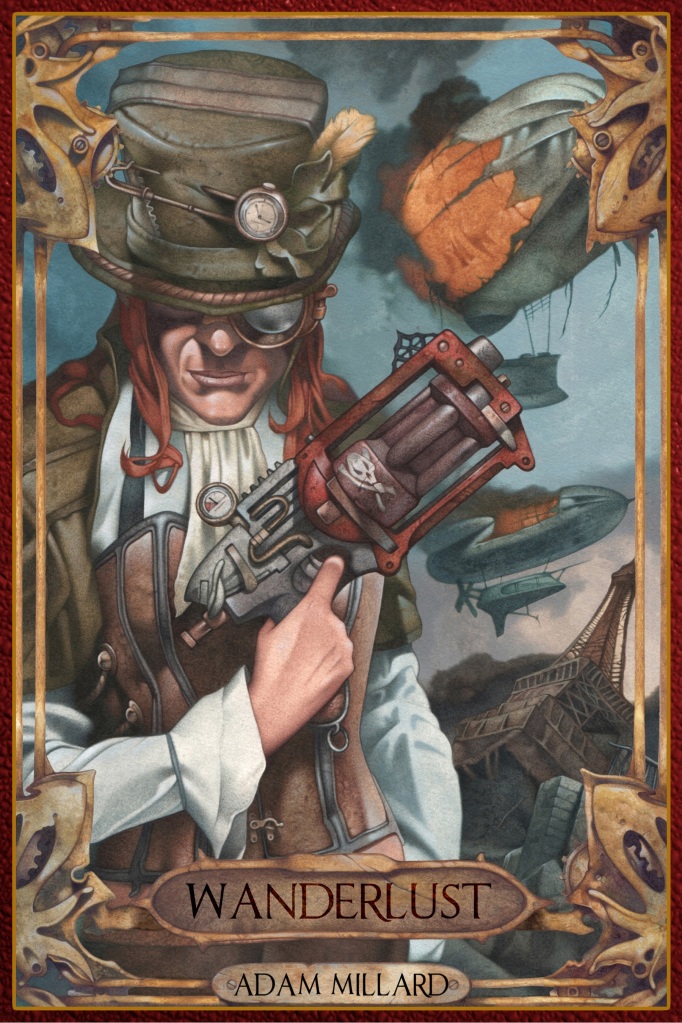 London, UK, 09/06/2015: London 1902. Renowned art thief and cat-burglar, Abigale Egars, is good at her job. Assisted by contraptions created by her tinkerer and mentor, Octavius Knight, she is a ghost, evading the Met at every turn. Unceremoniously abducted from her bed in the dead of night, Abigale learns that The Guild, an insidious and powerful organisation, has implanted a device in her head, a contraption that will administer poison directly into her system at the flick of a switch if she doesn’t do what they say. Blackmailed into stealing three priceless artefacts by The Guild, Abigale must avoid being captured by her arch-nemesis, Detective John Wesley Alcorn, but he’s the least of her troubles. Wizards, magic, necromancers, it’s all very real, and Abigale is soon up to her eyeballs in it. Can she survive London, Saint Petersburg and Paris in one piece, steal the triptych and return it to The Guild before the wizards take it from her?

Can she stay alive long enough to save the world?

WANDERLUST IS PUBLISHED BY STEAMWORKS INK, AN IMPRINT OF CRUSHING HEART AND BLACK BUTTERFLY PUBLISHING.
RRP £9.99

AVAILABLE ON AMAZON, BARNES AND NOBLE, AND ALL GOOD BOOKSHOPS FROM JUNE 9TH 2015.