During a bout with the flu over the holidays, I finally had an opportunity to watch The Aeronauts, a movie about Victorian ballooning adventurers. It was highly advertised in the US, but seemed to get lost in the holiday movie shuffle.

So what’s it about? Is it steampunk?

The Aeronauts was initially released in theatres and then streamed on Amazon Prime video. It is very loosely based on the real life meteorologist James Glaisher (played with aplomb by Eddie Redmayne).

The female lead, Amelia Wren, is a composite of several different women of the time period, including Margaret Graham, the first British woman to fly solo in a balloon, and aeronaut Sophie Blanchard. Like Blanchard, Wren (played enthusiastically by Felicity Jones), is accompanied by fireworks, a parachuting pup, and apparently, loses a French husband in a ballooning accident. 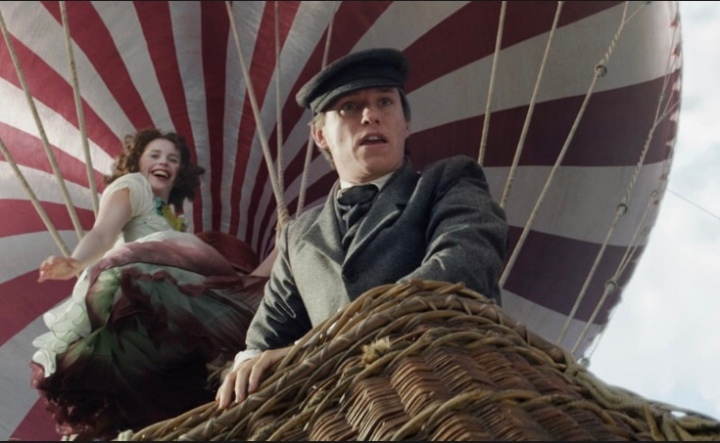 Together, they attempt to break the ballooning altitude record.

Glaisher is determined to have meteorolgy taken seriously as a science. He boards the balloon with a variety of instruments, boxes, and carrier pigeons that take results back down to earth.

Wren is his talented pilot, navigating them through a thunderstorm, hail, and snow.

The scenery and art direction in this film is brilliant. The editing is seemless. I always felt like I was in the sky with them, and could almost feel the chill of the upper atmosphere.

It has a steampunk feel to it, as it is in places in the Victorian era, and you have the familiar tropes of a plucky female heroine, a determined scientist in a race to reach new heights, and both of them pushing to advance science. So it’s not directly steampunk, but it is a wonderful look at costumes and advances in meteorology, and flight of the era.

Is it worth my time?

The short answer is yes. Aeronauts is a fast paced adventure. It definitely had a Disney vibe to it, so it’s safe for older children. Some of the drama and action might be a bit much for the littlest ones. 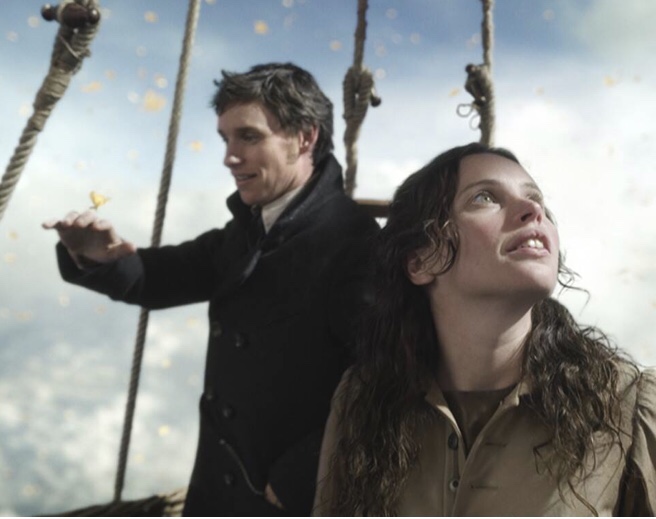 I did care for the characters and their mission. There are delightful moments with creatures of the air and some nail biting scenes that shouldn’t be watched by those scared of heights. Overall, it’s very entertaining. I give The Aeronauts a nine out of ten score.

Victoria L. Szulc is a multi-media Steampunk/Science Fiction/Fantasy artist/writer working her seventh and eight Steampunk novels and various other projects. Her latest,
“A Dream of Emerald Skies”, is available on Amazon worldwide. In 2019, Victoria made St. Louis Magazine’s A-List in the People’s Choice Author category and won a Stephen Memorial Award for her illustrations in “Cecilia’s Tail” by Debbie Manber Kupfer. You can follow her works at mysteampunkproject.wordpress.com