Well regarded as the father of science fiction, HG Wells is synonymous with Martian invasions, invisible men, time travel and… Lego? This fantastic recreation of The Time Machine (2002 movie of the same title), comes from Lego enthusiast Darren Jones. Darren has submitted his design to the Lego Group as a Lego Idea where you can vote for it to become a real Lego set. 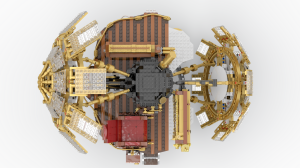 Lego Ideas, which a lot of us are unfamiliar with, allows anyone to submit an idea to Lego for consideration to become a real Lego set. All the ideas that reach 10,000 votes on the Lego Ideas website receive an Expert Review, and if selected it becomes a Lego set for children and Adult Fans of Lego (colloquially known as AFOL’s) to enjoy. While a handful are selected every 4 months, even those not selected gain International stardom among the millions of Lego fans.

The Time Machine would be a welcome Steampunk addition to the toy industry. “It took around 220 hours to design. I loved seeing this machine the very first time when the movie came out and wanted the recreation to be as faithful to the original machine as I could” Darren mentions. His idea, at the time of writing, has just surpassed 1,000 votes in the first month which garnered an additional 6 months of voting time. 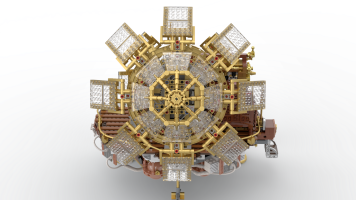 “I’ve shared this idea with some of the Steampunk community and their response has been fantastic. A lot of people who have no interest in Lego have expressed their desire to buy and support this.”

So, if the idea of having The Time Machine sitting on your desk or being present for the Steampunk or Lego fan in your life gets you excited then why not visit the project page and give it your support? I don’t know about you, but all these pics make ME super excited to build this functional model (without the time travel, of course.)

Your vote will help to spread Steampunk to an even wider audience. What’s not to love?

One thought on “Your Vote Can Bring HG Wells’ Time Machine to Life – in LEGO!”