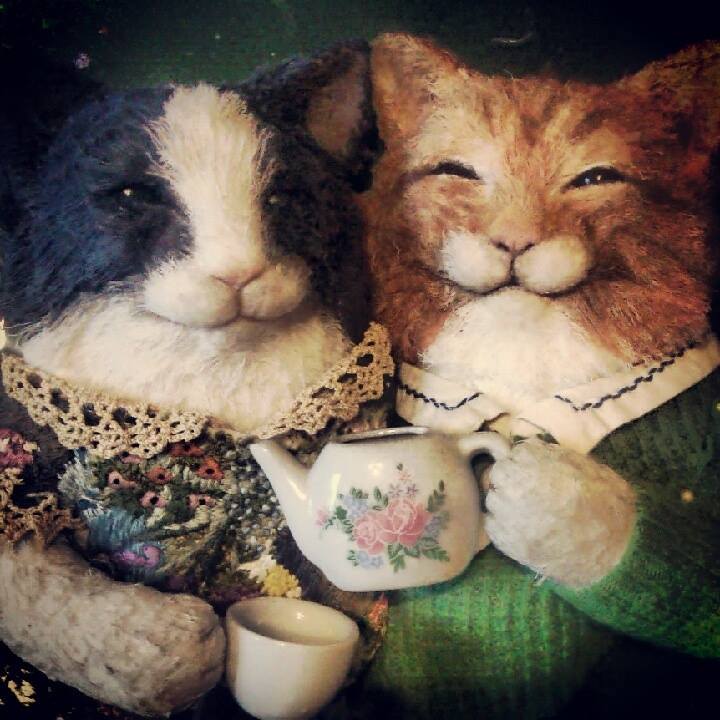 Articles of the Honourable Association of Tea Duellists

THIRD EDITION 1899
(As compiled by the signatories of The Hague Convention, December 1899)

Article 1.1 A duel as constituted under the auspices of the International Association of Tea Duelling shall be known as a “Tiffin Party”

Article 1.3 Upon agreement of all parties an agreed alcoholic tipple may be added to the Brew Martial on the understanding that it does not unduly reduce the temperature of the Beverage. In such circumstances this shall be known as the “Toddy”

Article 1.4 The drinking vessel, known as “The Keg” shall be no less than three and one quarter inches depth. Kegs should be of pottery or metal. Single use kegs may be used in extremis but these must be of paper or card.

Article 1.5 The provision of the Brew Martial along with the approval of Kegs etc shall be the responsibility of the “Pot Master”. See section 2.

Article 2.2 The duel shall be presided over by a president/umpire known as the “Tiffin Master”. When honour requires satisfaction and insufficient suitably qualified officers are present the Pot master and Tiffin master may be embodied in one person.

Article 3.1 The Tiffin Master shall supply the bisquits. Ordinarily these are “Malted Milk” otherwise known as “Cows”. With agreement of all parties these may be substituted for “Nice” bisquits, known as “Nickies”. Unfortunately those honourable snacks, biscuits brown and biscuits fruit are forbidden for use in Tea Duelling under Queen’s regulations. In the most dire of supply emergencies when honour must be satisfied then Digestive Wheatmeals or “Rusgetifs” may be substituted but the size of Kegs may need to be adjusted accordingly. All other varieties of bisquits are known as “fancies” and are prohibited under the Hague Convention other than those approved by the Atlanta Convention of 1902 which allows for locally sourced alternatives under the Transatlantic Rule. The recommended bisquit is “Pepperidge Farms Chessman”.

Article 4.1 Each duel should be attended by the two protagonists or “dunkers” and their seconds. All accept fully the articles of the honourable association.

Article 4.2 Should a dunker suffer a crisis of confidence and withdraw before the duel then their second should step into the breach. The second will be afforded full honours.

Article 5.2 The Pot Master will supervise the provision of the Kegs of Martial Brew ready for the duel to commence.

Article 6.1 The dunkers will take their kegs of brew martial and place them on the table which is set up between them.

Article 6.2 The Tiffin Master will place the charger of bisquits on the table between the dunkers.

Article 6.3 On the command “choose your weapons” the dunkers will each select a single bisquit. No handling or replacing of bisquits is permitted.

Article 6.4 The dunkers will hold the bisquit in one hand with finger and thumb no further than one half inch from one edge.

Article 6.5 The Tiffin Master will give the order “Ready” and both bisquits will be positioned over the appropriate keg no further than six inches above the lip.

Article 6.6 On the command “Dunk” both dunkers will immediately and swiftly lower their bisquit into the Brew Martial. The Tiffin Master may declare a penalty “a bagging” against any dunker who unduly delays their dunk and the bisquits will be removed and discarded. Replacement bisquits will be chosen by both dunkers from the remaining four.

(Note: If a dunker is penalised twice for bagging then he or she shall forfeit.)

Article 6.8 Once five has been counted and the bisquit removed the dunkers shall attempt to eat

the bisquit. 94% as adjudged by the Tiffin Master must end up in the dunker’s mouth for a clean “Nom”.

Article 7.1 If a bisquit falls back into the brew martial this is known as a “splash” and the dunker is considered beaten.

Article 7.2 If a bisquit falls onto the table or floor etc this is known as a “splatter” and the dunker is considered defeated.

Article 7.3 If a bisquit falls onto the dunker’s person this is known as a “splodge” and the dunker is considered defeated with credit.

Article 7.4 Where both dunkers manage a clean Nom then the dunker who last mouthed their bisquit is considered to be the victor with their opponent defeated.

Article 7.5 If no dunker has managed a nom after two rounds (and there has been no win by credit of a splodge over other scores) the third and final round shall be decided by default as the last dunker to splash, splat or splodge as called by the Tiffin Master.

Permission is hereby granted for these rules to be downloaded and shared free of charge. They may not be published

in any other form or for any reward unless advance permission is obtained from the copyright holders.