The New Jacobin Club are a six-piece band who originally started off as a trio of musicians in Western Canada just over 20 years ago.  Ahead of their whistle-stop UK tour, the members of NJC have taken the time to talk to SJ about their music, the band , their history and how a fire isn’t always part of the act.

Seeing a band together after such a long time shows how these mainstream groups who need sabbaticals and hiatus’ after a few years together either can’t take the pressure or simply don’t take it seriously enough. While New Jacobin Club are serious about their music, fans and gigs – always giving some free music away with their albums –  they have also proven to be insightful, wise, extremely interesting and funny. Recently I had the chance to fire some questions over to them before they descend on Britain for a short tour including the “A Splendid Day Out” steampunk event in Morecambe on June 4th 2016. The full listing of their tour can be found at the bottom of the interview as well as links to their new fifth album Soldiers of the Mark. END_OF_DOCUMENT_TOKEN_TO_BE_REPLACED 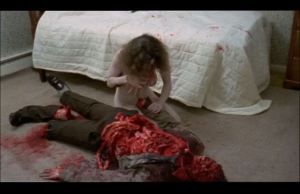 Splatterpunk is a literary sub-genre – or movement – that rebelled against the typical conformity of horror which is seen as mild by comparison. It was because of this tepid approach to horror that authors took descriptions of violence further and include scene of extreme violence, gore, mutilation and death. END_OF_DOCUMENT_TOKEN_TO_BE_REPLACED