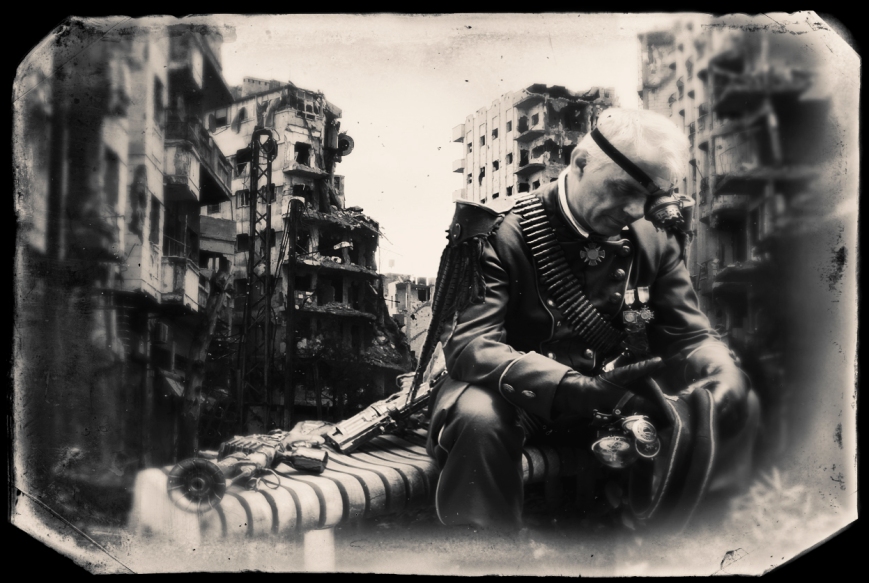 In my article “Rules of Steampunk” I mentioned a writer who said that you have to have a character. It’s absolute rubbish, you don’t at all. When I’m not parading around as Steampunk Freddy (which is a character) I’ll usually attend events in a simple waistcoat, trousers and pocket chain with a bowler and some goggles. The latter, because mine are custom made and I love them. My “everyday steampunk” outfit isn’t a character, it’s just easier to move around in.

Creating a character can be an interesting and satisfying project, though. The idea of a character links back to the Background section. Having a character to build on will certainly give you ideas when looking for clothes to put to your outfit. It will also help you focus so that you’re not swayed by those authentic duelling pistols if you’re a Steampunk Librarian (unless your Librarian needs pistols of course).

What you wear can directly influence whether people take your photograph. If you’re not into being stopped and having someone take your picture, you may decide to play it down or learn the art of politely saying no. If you want to have your picture taken, the best way to do it is to embellish your clothing and add accessories. Making some or all of your own things will not only give you an enormous feeling of well being, but will make photographs unique which will likely attract photographers.

If you decide to create a character but you’re unsure where to start, there are lots of ideas. If you’re sticking to the Victorian theme, you could choose from any of these:

With the Victorian themed characters, you may want to take a look at how real life Victorians of your character dressed in that era. You could then add present day embellishments to it to add a Science Fiction element to it, or leave it as it is. The choice is entirely yours.

If you want to be something more futuristic, you could choose something like these:

The futuristic options leave it wide open for your own interpretation, so arguably this is the most creative option. Given that we’re basing it all on the “steam” aspect of steampunk, you may want to consider including a nod to the Victorian era, such as a pocket watch or top hat. Ladies usually opt for a corset as it’s the most iconic item that they can wear. However, you can also consider fans, hats, fascinators or heeled shoes.

These are all merely ideas and can be used as fuel for your imagination or you may have an idea of your own. I’ve also personally never seen a steampunk Fox Hunter or steampunk Circus Ring Master.

You may choose to incorporate popular culture into your character. I already have Steampunk Freddy character who is a modern day antagonist. There’s plenty of steampunk Star Wars characters such as Boba Fett, Darth Vader and Princess Leia. These characters are generally created with a mind to be a presence at events or in photo shoots.